The Omphalos, in Greek means navel and indicates a sacred center, a place where the divine meets the ground. There are many omphalos in the world. In Italy, the tradition is linked to many symbols worked by man, like circular boulders.

Often they are represented by obelisks, menhirs, wells or by the strange symbol of the triple enclosure, which can be traced in many places considered sacred, which consists of 3 concentric squares and segments that join the median points of the sides.

Since the protohistoric period, the site had to be considered an “Omphalos“, a projection on earth of a celestial center, the “place” where the gods dwell in a concept similar to that of the Homeric Ogigia, the place where human and divine can dialogue.

Moreover, in the neighboring countryside we find the signs of ancient rituals: four menhirs aligned, a small leys certainly much denser in the past .

Etymologically, for various scholars, the origin of the name of Sovereto would seem to come from “Suberitum” (lat.), that is from suber (lat.), cork while someone else derives the origin from “erected above”, but above what? What’s in the underground?

According to a legend, around the year 1000 a farmer found an icon of the Madonna and a lighted lamp in a cave. On the area was erected the church of Santa Maria di Sovereto. The effigy was a Black Madonna.

Towards the end of 1100 the site had become so important that two convent communities were built, that of the nuns of San Marco and the Knights Hospitallers of San Giovanni (the Knights Templars). Once the fame of this sanctuary became known, all those who went to Jerusalem passing through the Appian Way, very close to our sanctuary, did not fail to enter it.

Into the Church of Santa Maria di Sovereto there are many traces and clues, sometimes hidden that would make us think of a settlement of the Knights of the Temple: apart the many crosses outside and inside the church there are

On another slab now used as a bench there is also the symbol of the triple enclosure which indicates the sacredness and centrality of the place. Symbol of conjunction, it reappears near the crypt with the “cosmic tree“, a cosmic element of conjunction between heaven and earth.

In the Bible it indicates the courtyard with the triple circle of walls of the Temple of Solomon, but also the Heavenly and the Terrestrer Jerusalem. On the right wall we find clear Templar symbols such as the ladder with the “double rung” and the chessboard is the symbol of positive and negative, of black and white, of good and evil, of war and prayer, of intellect and devotion.

It seems that the church stands on a geomantic node, also highlighted by the numerous menhirs that are still visible in the area. Also linked to the idea of omphalos is the concept of thaumaturgical water. In fact, an underground river flows below the church, accessible through a well outside the church. Many witnesses affirm the miraculousness of this water. Outside the church a lunette depicts the Black Madonna and a man climbing the steps of a staircase that rests on the water. It is clear that even the ancient builders of the church knew of the existence of underground water and its particular importance linked to the place of worship. 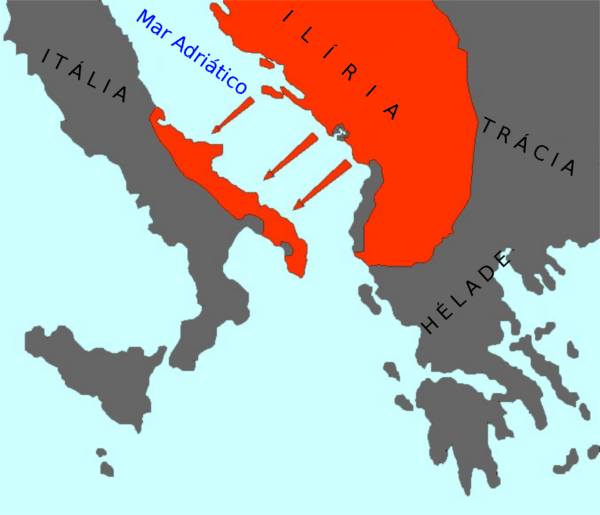 We don’t know exactly from where the name Apulia derives but it is told that it is connected to the chronic lack of water that has always characterized the region. But it has not always been so arid like now. During prehistoric periods there were rivers that surely flowed in Puglia, but almost no trace remains of them except for traces of their passage in the characteristic “lame” (a depression, bed of ancient rivers) that nowadays mark the territory from the ridges of the “Murgia” (so called the Apulian hill on the northen and central part of the region) that run perpendicular to the sea. Today the only surviving river, the Ofanto, in the northern area of Foggia, looks like a miserable river.

One of the well-known lama in Puglia is the most charmign beach in Monopoli: lama Monachile, a suggestive attraction of the town.

Actually Apulia is a dry, arid and scanty rainy climate region mostly during the long summer season that in the south begins meteorologically earlier. Despite the significant and evident climatic changes also in Apulia towards a more humid and rainy climate, it’s history that not a drop of water falls from May to the end of August. The absence of water gives the name “a-pluvia”, meaning “without rain” or following some researchers with th Oratian meaning od “arid”, “dry” referring not only to climate but indicating the characteristic red soil:

According to others, the name would rather derive from the Greek term “lapudia“, that meant land of the Iapigi, people that conquered the territory in the ninth century led by the king Dauno (from which the name of the Apulian northern area, the Daunia), later transformed by the nearby Samnite people into Apulia.

Romans identified the same territory as “Apulia et Calabria”, unifying the two peninsular lands of southern Italy, used to refer to central and northern area of present-day Puglia while the southern one (actual Salento) was annexed by Calabria region.

Current name of Puglia is due to the Normans. William of Altavilla in 1042 established the County of Puglia which included all the territory under their dominion. A name that has remained unchanged since then.